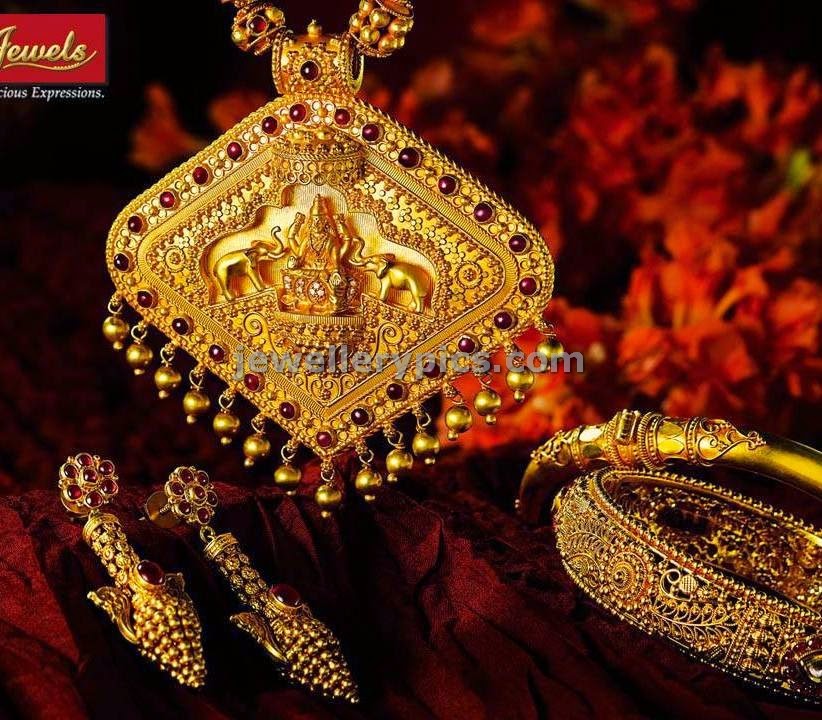 Transgressing through time and history, Indian jewellery has not remained just a craft, but evolved into an art - both in design and workmanship. With its roots in the epics and history, templejewellery was initially made to adorn the deities of temples. Later these intricate style Indian ornaments were worn by Emperors & Maharanis in the ancient times, where in jewels were a statement of power, prosperity and prestige.

Made in pure gold and studded with rubies, uncut diamonds and emeralds, they were a sight to behold. As life revolved around temples in the those days, and with the classical dances, especially Bharatnatyam evolving in the temples, this jewellery often called as the Kemp set, were patronised by royalty and the court dancers .

The passage of time, has brought some changes in the craftsmanship & the original temple jewellery itself has undergone changes. Today Temple jewellery has become a style statement Jewellery piece, that are worn for special occasions and most importantly they are part of the Indian woman's bridal jewellery trousseau.

We are pleased to answer your questions about jewellery. Send in your enquiries.